5 Traits of the Best Boss I Ever Had

I’ve had many amazing bosses and my luck with finding the best bosses is quite unheard of.  Many I’ve worked for were the most down to earth, humble, smartest, kindest and richest people in the world, but you would never know it by meeting them.  My bosses were not extraordinary in terms of charm, looks, humor, or personality.  By all outward appearances and spending a few minutes or even an hour with them, you’d walk away not realizing you were in the company of some of the greatest business people in the industry.  Today’s post on the best boss I ever had was actually the least well-known and also the least highest-ranking.  In fact, this boss was just barely at management level or had only been in the role a couple of years.  And it’s worth noting, all the below traits were held by all my great bosses.  I think what made this specific person the best boss I ever had was how much depth and breadth they had in their mastery.

All my bosses were self-made.  There was no nepotism or anything of the sort at play.  This specific boss - their educational background was not Ivy League.  I can only assume they either didn’t go to college or went to a state university such as UCLA, UC Irvine, or Cal State LA, etc.  They probably came from a blue collar or middle class family.  Many of my other bosses were also from “regular” and also Ivy League schools.  And while we can’t deny going to a great college helps, the bottom line is, you don’t HAVE to go to a great college, or even go to college at all, to be a great manager, leader, or a star performer.  I believe where and how one learns just comes from different avenues and sources.  For example, I love this thing that has been making the rounds… 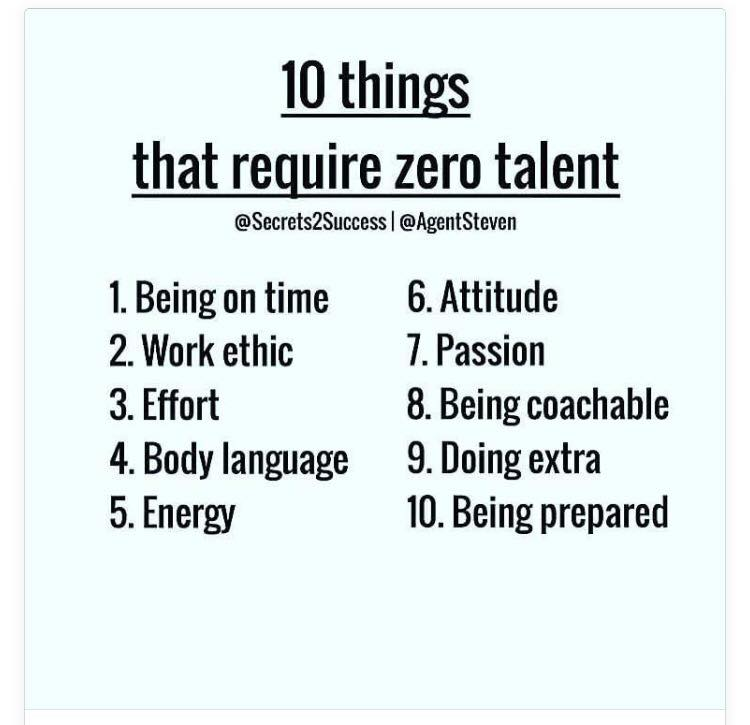 2.  This boss was relatable.

Most of my bosses could talk politics, the environment, current events, and tech.  When I say relatable, I also mean this person could talk to someone under 25 and know enough about culture or trends to also share what they enjoyed and why.  They could carry on a 15 min conversation and tell some funny stories too; it wasn’t just topical banter.  However they related to some, age 22 or 82, it was authentic.  They could also talk to a traveling foreigner about gourmet/foodie culture, sometimes in that exec’s native language.  I’ve had bosses who were trilingual, I’ve had bosses who were bilingual, and I’ve had bosses who spoke only English.   And what made this boss so likable was because they were so relatable, the every man and the every woman, sorta like how Tom Hanks is the every man in Hollywood.  They were personable.

The sheer hours of mentoring I received from this person was unmatched.  I’ve been groomed well and taught across the board in each of the roles I’ve held.  However, that was more basic training on how the office runs/works, my boss’ personal preference, and additional business acumen in various ways because it was a new dept, company, or field.  This boss upped my game and provided a higher level of one-on-one training, leadership, and management skills.  I also got to understand them a lot as a person, an employee, my boss, and peer just thru how they interacted with me, others, and coached me.  In some instances I was almost shadowing them, though this was very rare.  It’s one thing to be in a room and listening in.  It’s another to be at the table, leaning in, and getting tips and pointers once the mtg ends on why something was said, why this vs that decision was chosen, or why the better course of action/process is this.  There was a lot of consistent backfilling, explaining, feedback, and training for more than the customary one week or two weeks during onboarding.  This training and mentorship was extensive, thorough, and specific.

4. This executive was flexible and would bend rules, appropriately.

This executive had very sound judgment, interpersonal, and communication skills.  The soft skills they possessed, along with the hard skills was impressive.  They were able to navigate office politics very well because they smart and were “low enough” on the totem pole to know the various employees, departments, and the “masses” pretty well, but also just high enough on the management ladder that they could enlist change or provide exceptional insight.  Their role was in the middle of that sweet spot of having their feet in both worlds.  They would never do anything illegal, immoral, or overstep their jurisdiction, but if the rules should or needed to be bended slightly, they would be.  And they could gently persuade the rest of the team to come aboard on a plan, or point out things that were important to keep in mind during the decision-making process.  I also think this was possible because they were so relatable, they probably knew almost every single person in the company, if not all of them.  They had a personal/cordial friendship with each employee.  While this boss wasn’t the “class clown” or the “most popular/coolest” employee, they were certainly well-liked, respected, and most likely perceived as fun, funny, smart, and very fair.  So they had a lot of allies and would only use that leverage that would benefit the entire team/company.  They were also very firm and diplomatic, but in the nicest of ways or a sensible authoritative way.

5.  This boss would not take anything personally and was a realist.

That this boss was a realist and would not take anything personally was the most admirable and defining trait.  I’ve never seen them mad or upset for THEMSELVES/THEIR NEEDS.  Like President Obama, the Dalai Lama, or the Royal Couple, they were always present, gracious, and attentive.  They did not seem to have a bad day.  Nothing was ever about them.  They were never in a bad mood, tired, or crabby.  And I always wonder about that.  Does the Dalai Lama EVER get mad?  And HOW is the Dalai Lama so patient and forgiving?

I read a book once that said when people get mad, the reason is because now X has become more important than them.  And it sounds very simple, but it’s true.  This person was able to not take offense nor hold anyone in blame.  They could make the distinction that it was not personal.  I had only seen them so very empathetic and sympathetic for their team, employees, and the company.  They were very selfless in the truest sense of the word and lacked an ego.  The perspective they held was not personal, subjective, nor selfish.

At work, their mindset and focus was always, what’s good for our employees, the company’s goals, and the company’s culture.  Like so many admirable public figures they constantly give of themselves where you feel like nothing else in the world exists and their attention is focused solely on you or the company.  They are good with all sorts of people - VIP, civilians, luminaries.  Their public persona was also their private persona.  However, since this boss was the least well-known, I should actually say their private persona was the public one…  I had never seen them do press because that’s how non-famous they were.

And this boss was able to see clearly any situation without being waysided about their career trajectory, their workload, getting credit or blame, or their comfort.  In dealing with others on tasks, projects, or in meetings, they were able to account for each person’s strengths or lack of them, and would let that person succeed or navigate/solve things their own way.  It was very unlikely an employee would fail in a spectacular fashion, but this boss gave the employee the room to manage something and if the work was not of A++++ quality, it was fine.  This executive understood, as with all situations, problems and conflicts in life/work, there is typically no real or perfect solution.  When disagreements arise, everything is a difference of opinion, preference, or values. The only "solution" is to learn to deal with it better (not get frustrated), leave, or stay & try to troubleshoot/problem solve for the next time.

They accepted people as they were and understood/assumed everyone was operating at their very best.  They didn’t expect one to change or do things a different way.  They very, very rarely might offer a suggestion or a tip, but if one didn’t take it, they didn’t even bat an eye.  They led with positive reinforcement and ignored anything else.  They understood that people have a core set of talents. We CAN all learn new skills and get better/improve, but it's unrealistic to ask/expect someone who is more left-brained (more organized and systematic) to be more right-brained (more creative and intuitive) and vice versa. Very few people have BOTH sets of skills at a very high level.  Skills are on a continuum/spectrum which means one set of skills is a lot more lacking than others based on if you are right or left brained.

This executive never got annoyed, upset, or angry when something didn’t pan out as well as it should have because they didn’t expect perfection or for everyone to perform at the same level.  They really saw people for who they really were, in that specific moment or scenario and accepted it.  They were very patient, helpful, and wanted to help you succeed/grow, but only if you were interested.  They realized some, if not many, just had a job to have a paycheck, and others had a job because it was their life’s passions and they loved what they did for a living.  They understood that people had full and active lives outside of work and had interests or hobbies that may or may not relate to work.

Most importantly, this executive was able to understand, relate, and cater to the entire/whole individual - one’s mindset, personality, work ethic, and quirks.  It’s sounds weird to say this, but I imagine this executive sort of saw every employee, regardless of rank or title, as their children (learning/growing individuals) and treated each with unconditional support, unconditional forgiveness, and unconditional encouragement with proper gentle feedback if/when needed.  Their attitude was very much a mix of, “Ask what you can do for your country,” “It is what it is,” “And this too shall pass...”

Completely selfless unconditional support, unconditional forgiveness, and unconditional encouragement takes a lifetime to master.  And somehow, this executive had that skill set very early.  While many of my bosses had these traits, it was only this boss that mastered them ALL at such a high level, so thoroughly, and didn’t have an “off” day.  And that’s what made this boss the best boss I ever had among the very many amazing bosses I’ve had the privilege to serve.

***New “rule” - when you ask me a question for anonymous advice and I answer it, could you write an anonymous comment so I know you're the one who ASKED and read the post? :) As always, I usually tweet any new posts I have. And anyone can email me questions and I respond only via this blog, not to your personal address. I also write over at Jobstr.com under Hollywood Executive Assistant. http://jobstr.com/threads/show/4303-hollywood-executive-assistant
Posted by kmizukami at 2:00 PM